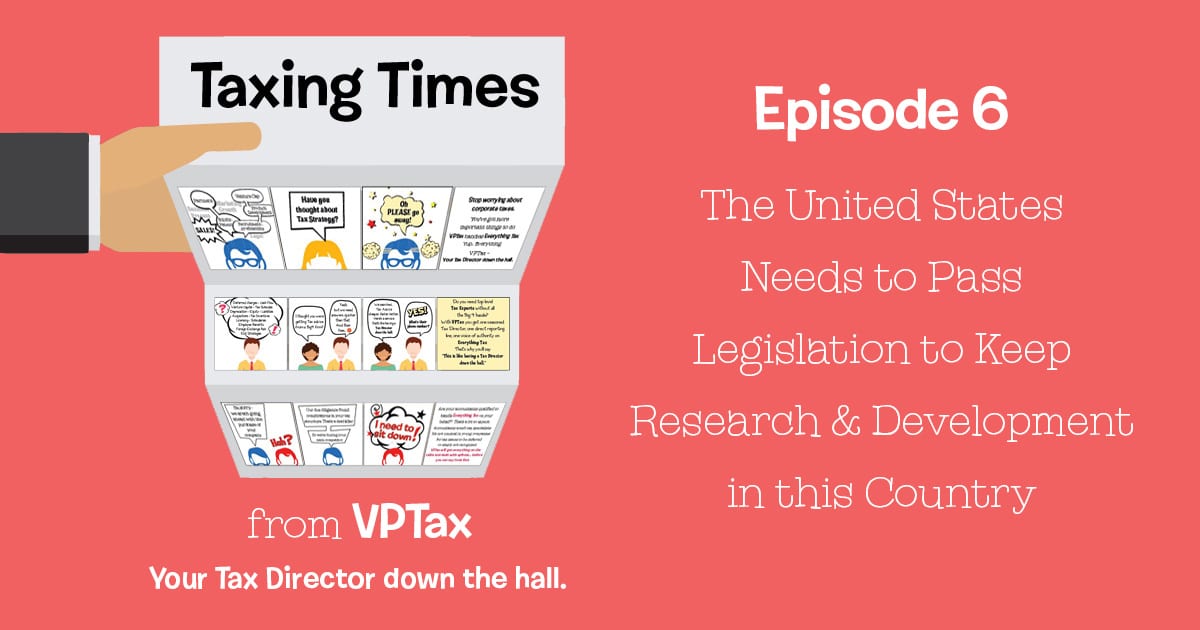 U.S. Research and development is key to the development of new and improved products from the Apple watch to the latest vacuum cleaner. The U.S. was one of the first countries to grant favorable tax treatment for research and development performed in the U.S. Since then most of our trading partners grant similar R&D incentives (tax credits and additional tax deductions) in order to attract business to their country. But in the US the R&D tax credit was never permanent, confusing, and has expired again.

Now many of our trading partners have passed what is called a Patent or Innovation Box where profits from IP development is taxed at nominal tax rates of 10% and less. Some of these countries are Ireland, the United Kingdom, Netherlands, Switzerland, even China has gotten into the game.

The US needs to seriously address this in order be competitive by passing legislation to reduce tax rates, simplifies and makes the R&D tax credit permanent and a U.S. innovation box. There may be hope on the horizon thanks to House and Means Committee members Charles Boustany (R-LA) and Richard Neal (D-MA) for their recent proposed piece of legislation that would provide for a 10.15% tax rate on income derived from certain intellectual property developed in the U.S. and provides special rules for the repatriation of certain IP back to the U.S.

I hope Congress and the Administration seriously consider this bill and also pass legislation to keep U.S. R&D from migrating to foreign jurisdictions.